Prince Ardeshir, brother of Shapur II and leader of the Pushtigbhan of the royal hosehold. Along with his brother they successfully conquered Armenia and expanded the borders of the empire against Rome and in the east. He predominantly lead the defence in the north against the nomadic tribal invasions and squashed the nobles rebellion until his nephew was made King Shapur III. Another sub general for my Sassanid army, again an A&A miniature which make up the majority of my sassans. 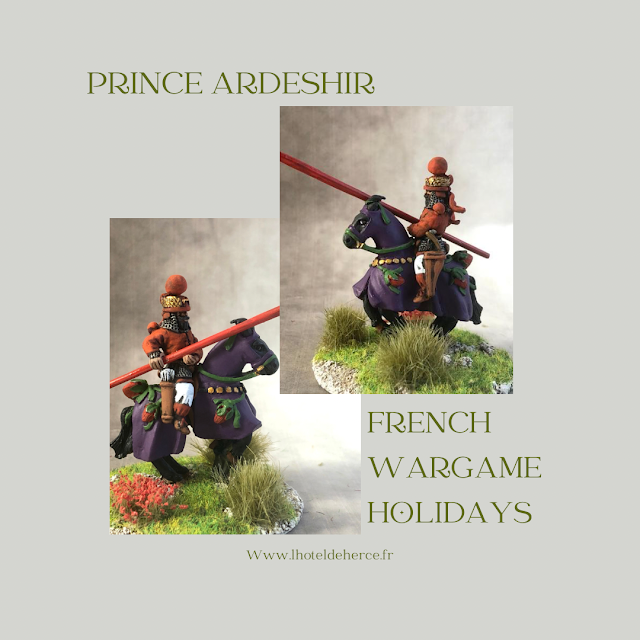 All the best. Aly