Quarta IIII Italica only has one real references to its existence and a number of vague references;

The raising of novae Italicae suae ( a new Italica legion, next in line would be IIII Italica) raised by Serverus Alexander in Transpadana (Cisalpine Gaul) sometime between 222 to 230, presumably for the Campaign in Sassanid Persia and returning for the Alamannic invasion of Gaul.

During this period Gaius Lulius Verus Maximinus (commonly known as Maximinus Thrax as he was likely born in Thrace) was appointed a tribune in the IV Italica. The next reference is when Maximinus made his bid for the purple he referred to the Italica legion as his legion, and finally at Aquileia shortly before the death of Maximinus and his sons. The only certain reference is in the Notitia Dignitatum, when it appears as a pseudocomitatensis unit under the command of the Magister Militum per Orientem .

I have used Crusader miniatures for the Quarta Italica, like most of my pseudocomitatensis units they are unarmoured. My Roman army is almost complete two more units to go and I am done! 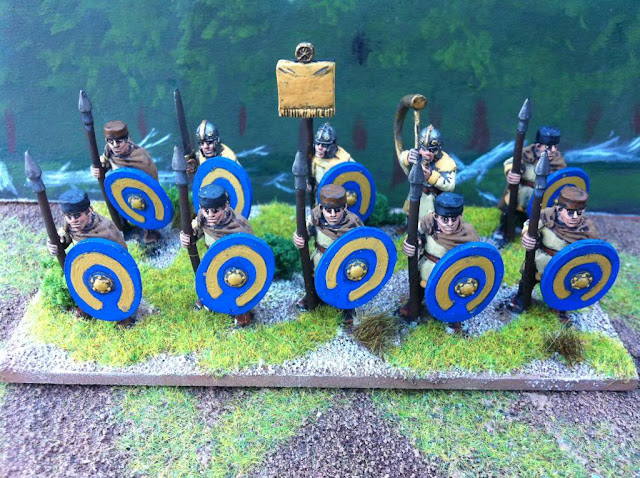 Finished some Alemanni CL infantry, I could also use them as Germanic allies for my Romans, all hand painted shields. 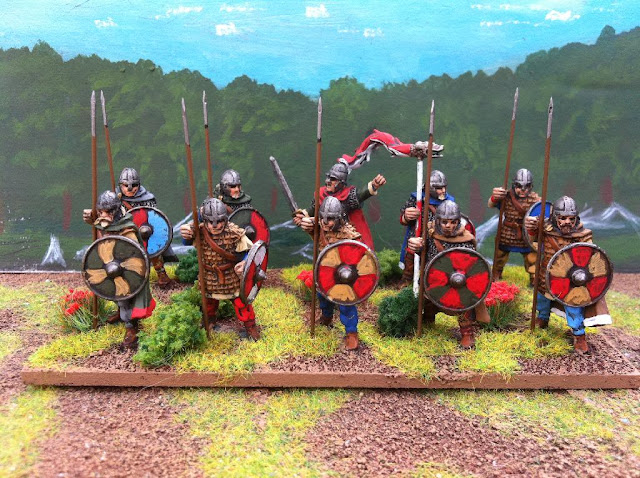 Off the desk before Cancon so it could be sold with my Bolt action Italians a company B model that went together easily. I decided it was not smart to start another scale for ww2, and I am not that impresssed with the Bolt action rules so selling off all of my purchases in the coming weeks. 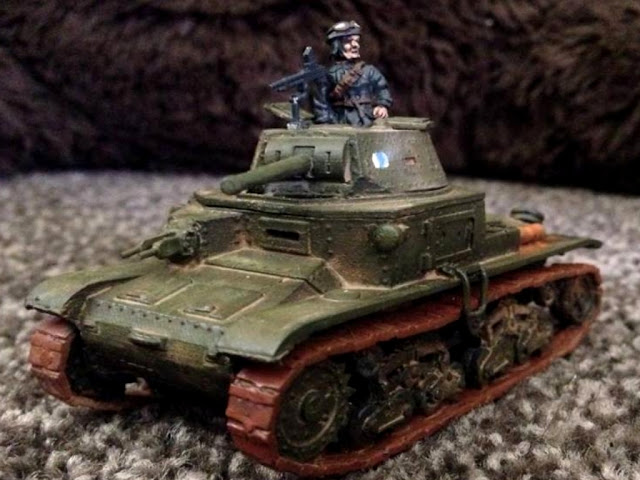 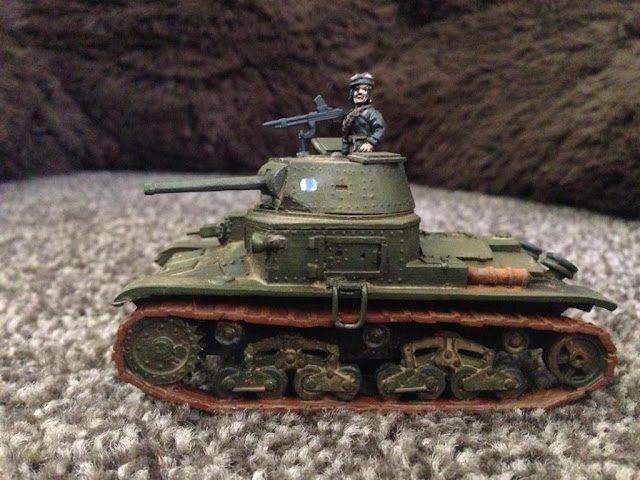 Feudal Scots for my Schiltrons for the Scottish wars of independence. A mix of Claymore Castings very fine Scottish and English feudal ranges, suitable for the late 1290s to the mid 1400s, eventually I want to field 17 bases in the army. 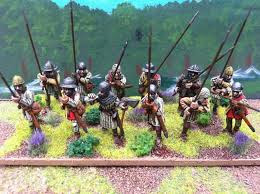 Off the bench something I have been meaning to do for some time my heavy WOTR knights, I was spurred on to finish these lads when the “Guild Wargamers” had a heavy metal competition.

These fine figures are from the Front Rank Range, and have been sitting around for probably 5 years some party painted (the metal work at least), I got them out on the weekend, after making a decision at Cancon to re-base my WOTR army to impetus. I finished the standard bearer and standard off this afternoon as I am away on business for the rest of the week. The standard belongs to Willam FitzAlan the 16th Earl of Arundel.

Two more Knight units to come, one is on the table at the moment and may get done by the weekend, but they are slotted behind some other medieval figs for my Feudal army. So in the coming months expect a deluge of archers and bills as I re-base each unit. My liveried foot knights and standards especially need some work to be completed. I may even need to buy and paint some more figs to increase my army to 300-350 points at least! 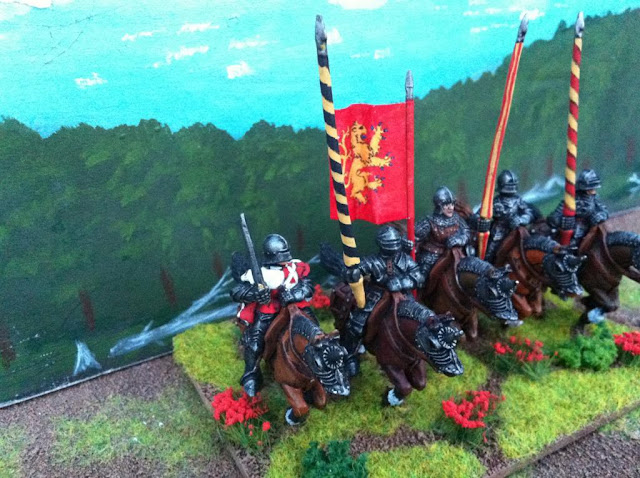 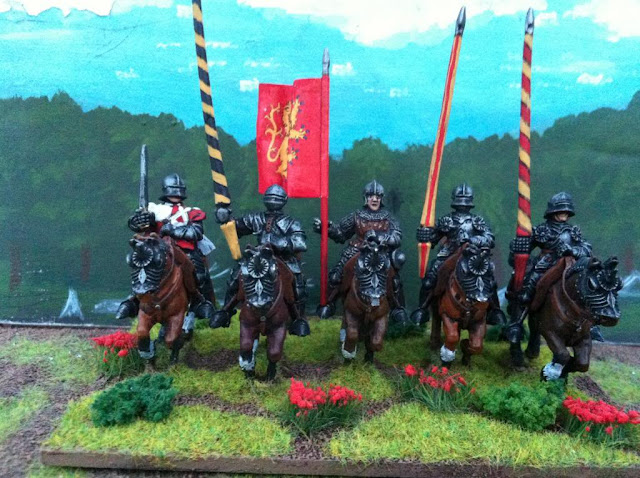 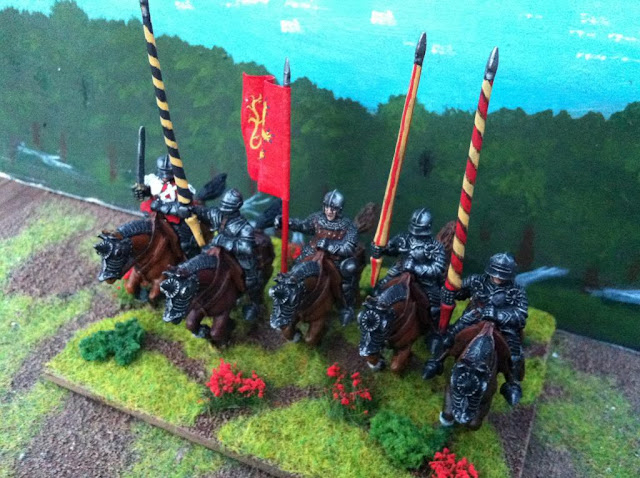 The first of my Sassanid elephants, this one is from old glory with A and A archer in the howdah. I am yet to use any elephants in Impetus and I am looking forward to it…….just a little bit! 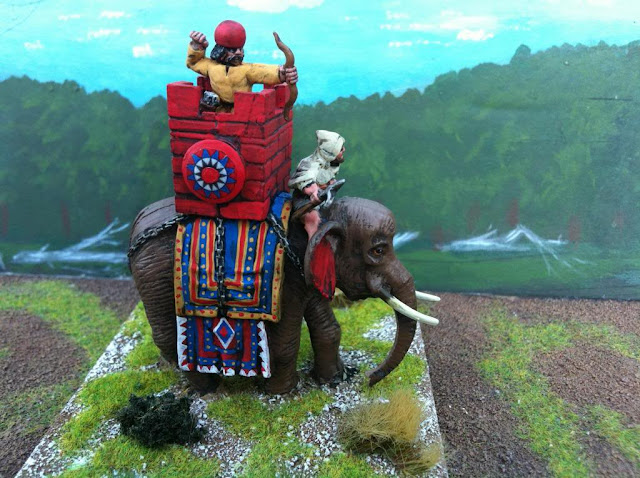 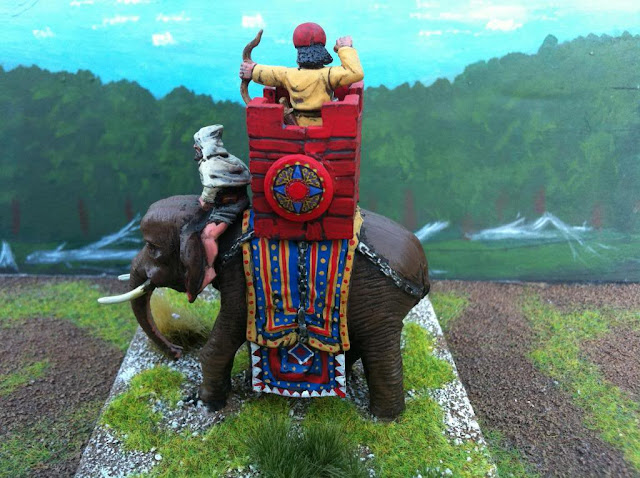 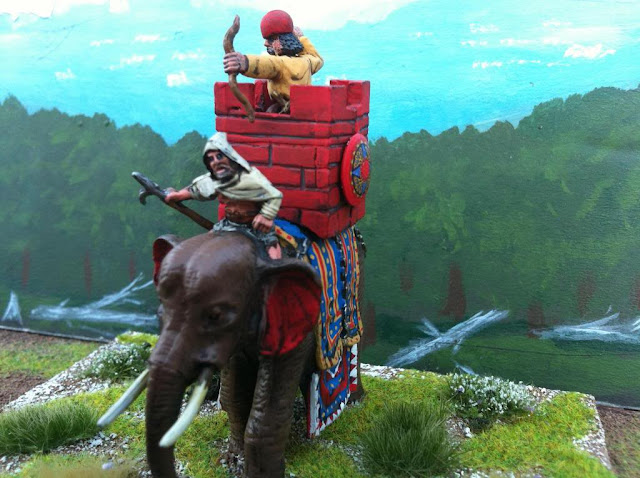 Another addition to my roman army, my last unit of light cavalry......I think! This unit will be used as CL in Impetus.

This  unit served in the east under the command of the Magister Militum per Orientem, they served along the roads around Cyrrhus in provence of Euphratensis. A great article has been written regarding this unit by Phillip Rance it can be found here

The meaning of Equites Stablesiani has much discussion around it, I tend to believe one theory that Spiedel has, that stablesiani means quick response unit, not light mounted infantry made up of grooms etc. 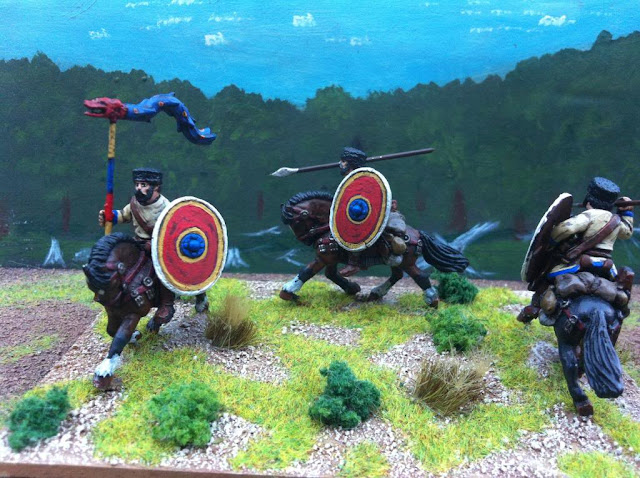 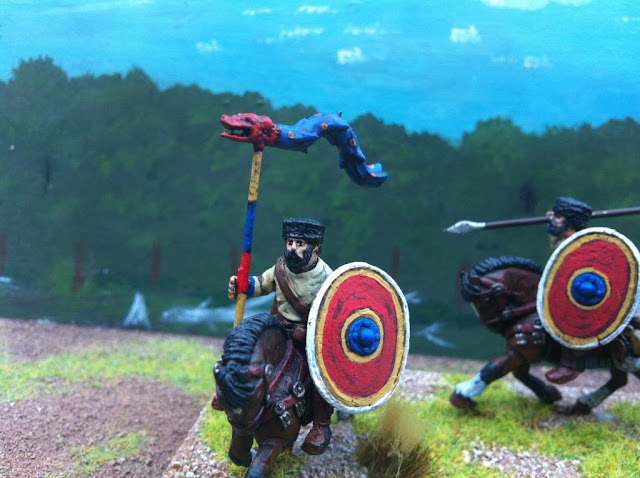 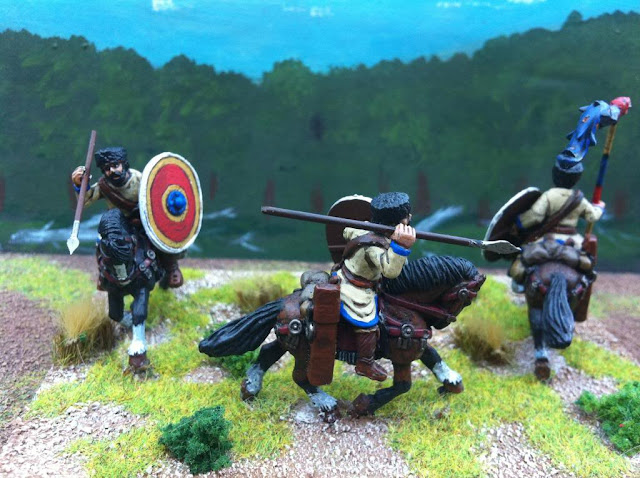 I have used A and A miniatures for this unit, the shield is entirely conjectural, but is similar to  Equites Stablesiani Africani.

Labels: A and A Miniatures, IMPETUS, Late Roman

Raised by Octavian by the merger of two legions of Mark Antonys following the Battle of Actium in 31BC.
In the third century, the tenth legion received several surnames, which suggest its loyalty to the emperors Caracalla or Heliogabalus (211-217 or 218-222; Antoniniana), Gordian III (238-244; Gordiana), Decius (249-251; Deciana), Florianus (276; Floriana), and Carinus (283-285;Cariniana). From this set of rulers, Caracalla, Decius, and Carinus waged Germanic wars. Gordian III is known for a war against the Sasanian dynasty in Persia, and may have used a subunit of X Gemina. Why Florian, who ruled for a mere 88 days and never left Asia Minor, would award an honorific to a unit that was stationed on the banks of the Danube, is unknown.

During the conflict between the emperor Gallienus (260-268) and his rival Postumus of the Gallic Empire, the legion certainly supported the first-mentioned, for which it was rewarded with surnames like Pia VI Fidelis VI ('six times faithful and loyal'). This proves that it was awarded the titles Pia II Fidelis II to Pia V Fidelis V in the 164 years between Domitian and Gallienus.

The tenth, 'twin' legion, like almost all Caesarian legions, the emblem of this legion was a bull. (Some historians believe it may of been raised by Ceasar in 61AD in Nearer Spain) 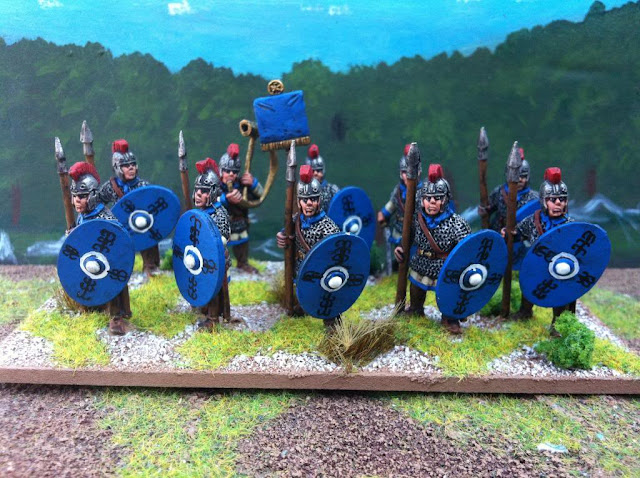 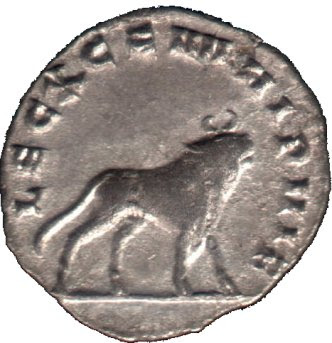