After Mithridates VI armies battlefield failure against the Romans in the second Mithridatic War, it prompted a radical change in his army. He almost replaced all of his phalangite units with thorakitai. Roman authors thought he was copying the Roman method (as he had a number of Roman advisors), but thorakitai had existed in eastern armies since the 3rd century BC, normally guarding the flanks of the phalangites or operating as heavy skirmishers, fighting with a large shield, short sword, thrusting spear and javelin. Mithridates' primary reforms increased their numbers and the quality of training. The Pontic thorakitai, while giving a good account in battle, ultimately they were defeated by the legionary's led by Lucullus in the third and final war.


This unit will join my Pontic army and also be suitable for my other earlier Successor Army (Antiochus III the Great) as the thorakitai guard perhaps. As with the rest of my Pontic army I have continued with the Greek mythology for the unit, so this unit has a image of a Calydonian Boar on its shields (VVV decals) and on the banner (hand painted). The figures are from Gripping Beast veteran Carthaginians range, although I have added some roman pilums into the throwing hands (I may possibly go back and replace with just javelins). 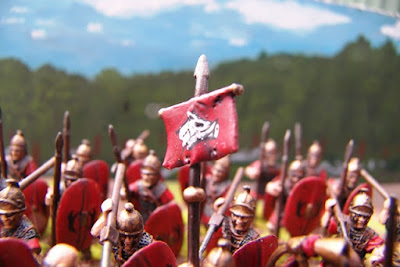 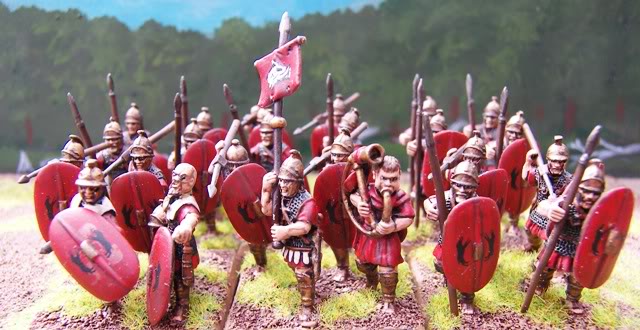 I like them Matt..well done..must get motivated to finish my Successor collection one day.