Another Baden officer off the desk from Murawski miniatures, quite happy with the green stuff sculpted plume, feathers and extra epaulette fringe to make him a general.
Heinrich Adam von Roggenbach Born on the 19th of September 1787 in Bruntrut (ain) Switzerland, his father was Adam Xaver von Roggenbach was chief court marshal of the bishopric of Basel and after the french revolution in the court of Baden where he eventually made privy counselor of the Duke.
Heinrich served as a page from 1803-04 in the court of King Gustav Adolf IV of Sweden. In 1805 he attended the officers college in the Austrian army, then seen service as in the Merveldt Uhlans in the 1805 campaign and was at Austerlitz. When the grand duchy was formed he returned to serve in the Baden Army in the dragoon regiment von Freystadt, first as a squadron commander and then later major in the light dragoon regiment von Freystadt and served in Prussia in 1807, Austria 1809 and in the 1813 campaign. After Baden left the confederation he was made General January 1814. He was placed in command of the raised Baden units in 1815, but they never seen action. 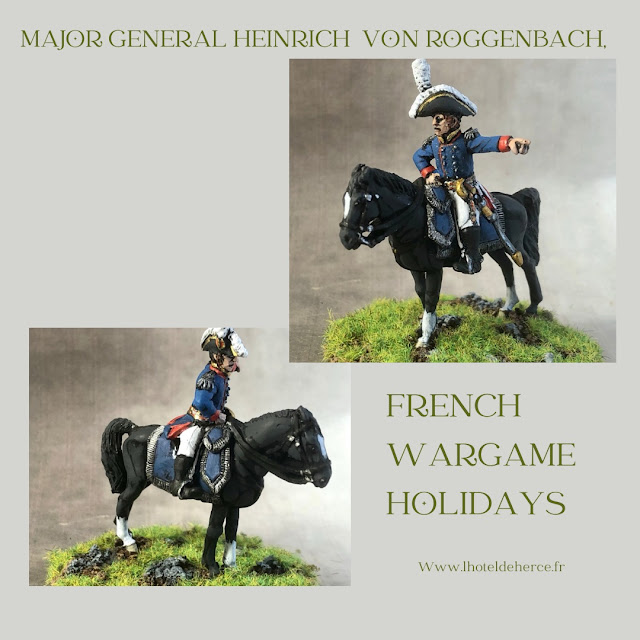 He is a dandy, Matt!

All the best. Aly