Very close to our Maison is one of the ten largest Oppida, walled Gallic cities in France and the largest so far located. I thought I would share a few photographs of the site thst we share on our "Caesars Gallic Wars" tour and French Wargame Holidays  Wargame weekend.

In the 1970s, the first archaeological investigations revealed the Gallic origin of the Oppidum and of the defensive works, it was long considered a Roman military fortification and was called  "Caesar's camp". The inner defensive wall is was over 500m long only 350m of the 10 meter high rampart survives,
Along with traces of the Pincer gates. A secondary rampart in dry stone has also been recognized on the rest of the perimeter of the site at the top of the cliffs facing the Aaron and Mayenne Rivers. 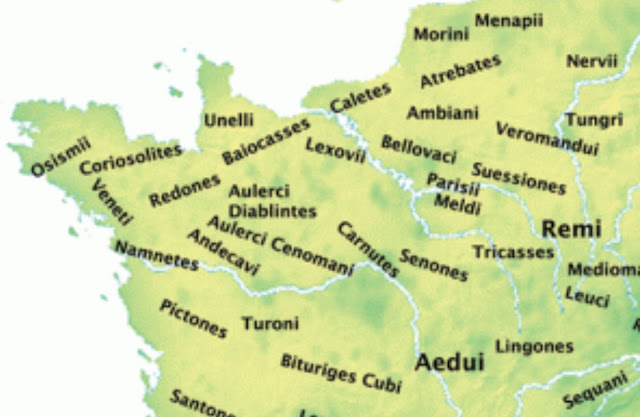 Artists impression of a Pincer gate 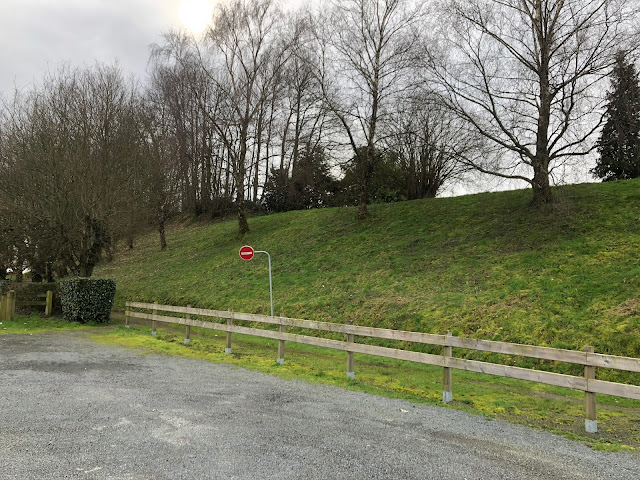 The surviving ramparts are 6-8m high and 350m of the walls are walkable, a remarkable piece of military engineering work. 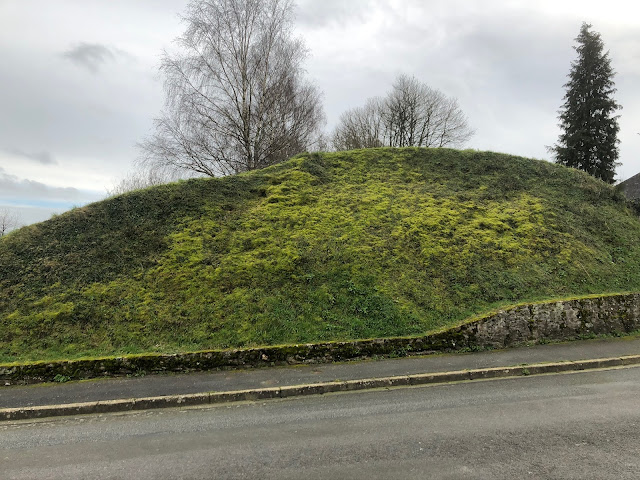 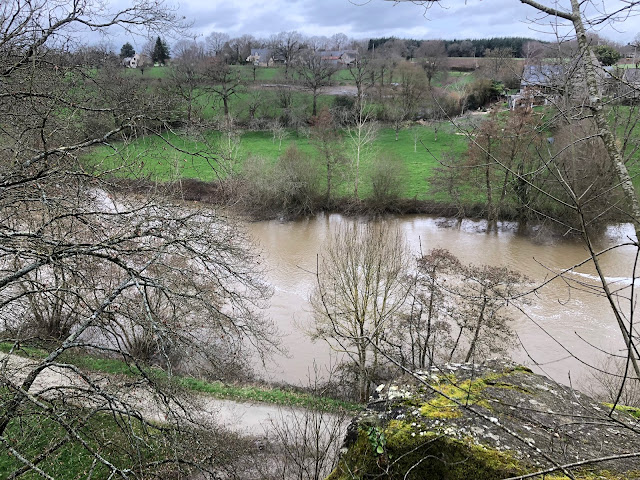 From the top of lookout Rock on the junction and the ford of the Mayenne and L'Aaron rivers. 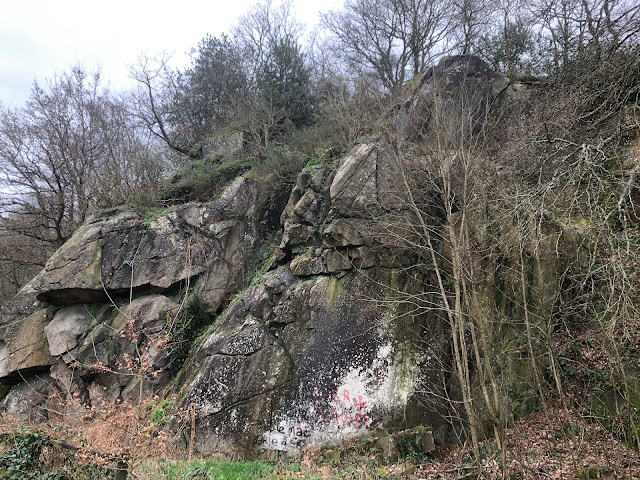 Lookout Rock, on the junction of the Mayenne and the L'Aaron River 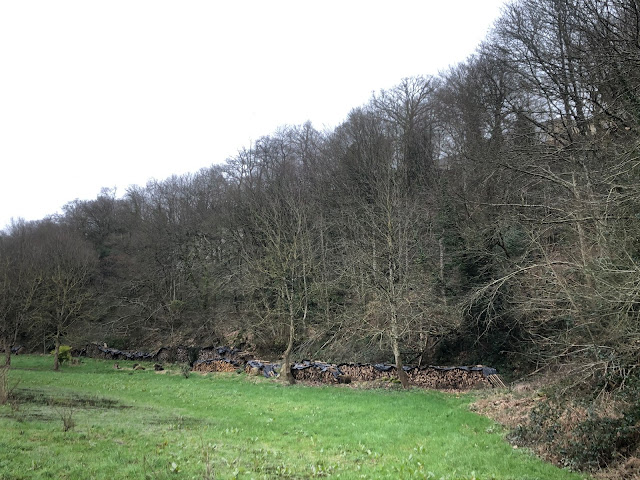 Looking back up from the river Mayenne to the Gallic city

The archeology corresponds to a Gallic domestic occupation from the 2nd century BC until the 1st AD: pottery, grain millstones, wine amphorae imported from Italy, ornaments, and the practice of metallurgical activities: bronze mold and slag.

In 2004, as part of the motorway bypass of the municipalities of Moulay and Mayenne, Inrap carried out an archaeological diagnosis over almost 9 kilometers. The road project passes less than 300 meters east of the known Gallic fortification, following the rocky promontory. Outside the enclosure, the diagnosis revealed numerous indications of the period of the final Tene (II e and I st century BC), a new rampart of about 1 200 meters long in 1000 meters upstream from the first. It joins the Mayenne and Aron valleys in a straight line. This new defensive line considerably changes the morphology of the site: the area defined by the two concentric enclosures then borders on 135 hectares. 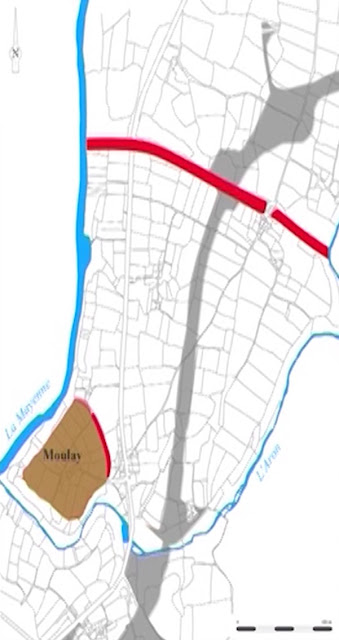 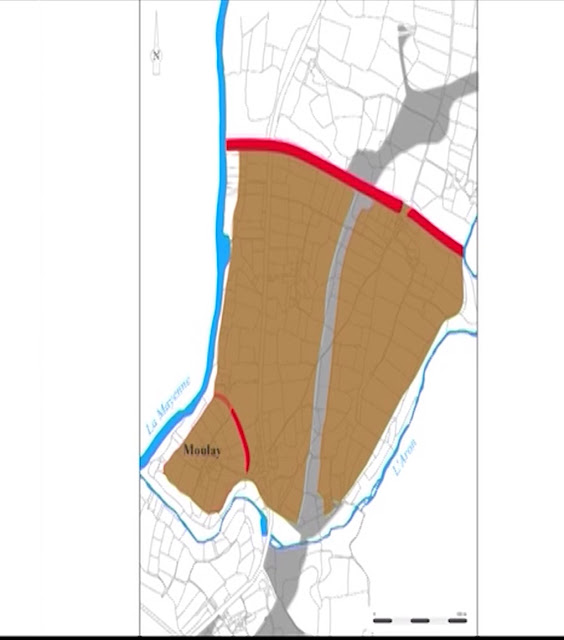 Full expanse of the city, the grey section is the excavations by the  archeological team before the motorway construction. 
It is the largest site known today on the Armorican Massif, the fortified agglomeration corresponds to the capital of the Gallic city of Diablintes. During the Roman period, the center of power moved a few kilometers from there to Jublains (Noviodunum), where the city remained until the early 5th century, before returning to Mayenne under the Carolingians, when the chateau was built.