Pontus, my continued obsession with the east for the 2011 build list. Mithradates IV Eupator was Rome's biggest threat in the east from 120BC to 63BC. Mithridates is remembered as one of Roman Republic’s most formidable and successful enemies, who engaged three of the prominent generals from the late Roman Republic in the Mithridatic Wars: Lucius Cornelius Sulla, Lucullus and Pompey.
My Pontic army has now been completly purchased lead wise and all I need to do is put some paint on the figures, three pike blocks of 24 (two in trousers and armour, one in no armour (ex slaves), two units heavy cavalry both Cataphract, one Pontic and Cappadocian, two units of light cavalry, one Scythian and one Armenian, one four horse sythed chariot probably for the king himself!, Bosporan hill tribesmen warband, thracian mercenary light infantry, mercenary missile troops including cretan archers, Bactrian sligers, and finaly a Galatian warband (gaulish dressed types apparently!). I may add to the army some imitation legionarys (probaly cathaginian heavy inf figures)so the army can cover the whole period. 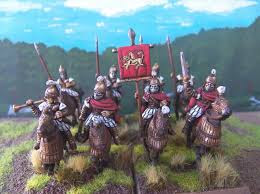 I have decided to use Greek mythology beasts for all of my unit standards for my pontic army, it is a chellenge freehand but I am happy so far at my first attempt, anybody guess what it is!!!!!

Some Black Tree Design Celts I bought at our clubs great marulan car boot sale last month, I needed to paint them as they wouldn't fit in the fully packed to the top celt box with 400 odd figures! I enjoyed painting these guys and tried using some old GW inks (from the 80s), I like the blue the best, the green is OK and a little disatified with the red, I have started like everybody else to use silfor tufts which add a wild grass look to bases and will continue the theme with the rest of my romans and celts, I guess I will also revisit my painted ancients also. 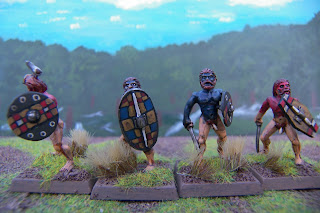 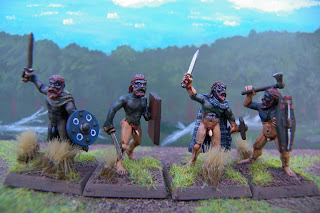 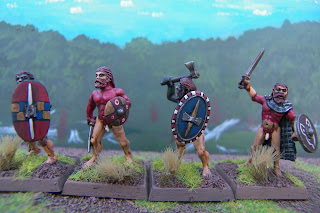 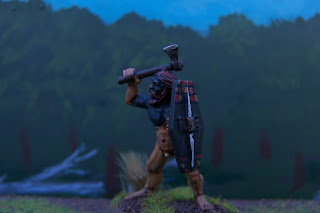 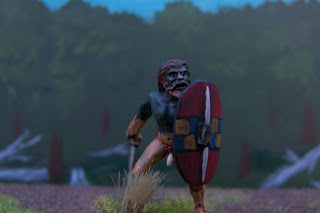 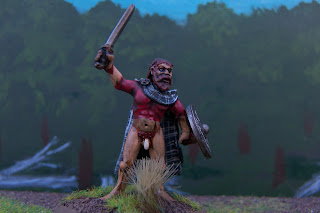 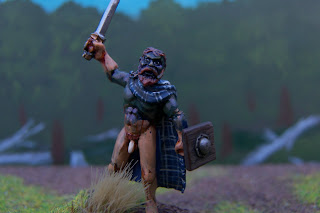 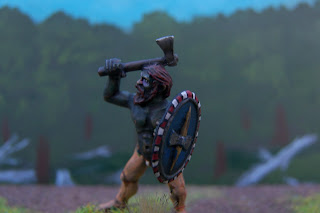 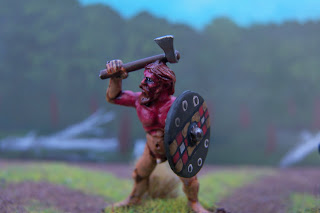 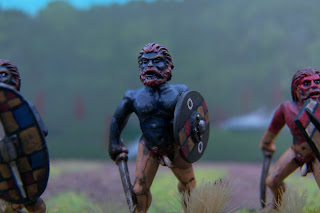 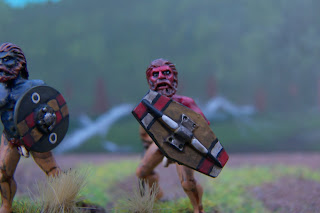 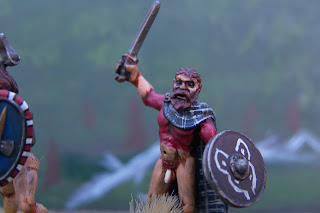 The latest addition to my snow based pulp games a 28mm Mammoth taxi! 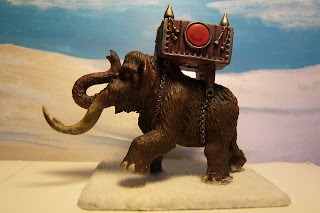 I found these while digging through some boxes last week, it the First Corps marching Roman fort building set, I have painted them so they suit both my republican armies, I also found some stubborn markers, along with set was the foundry set they are waiting in cue, possibly this week. 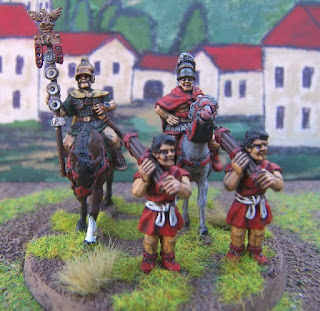